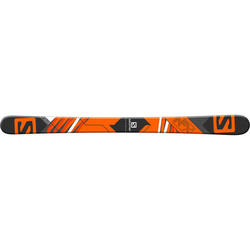 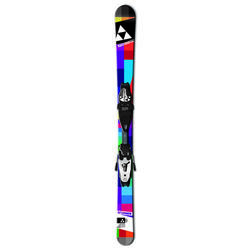 Fischer Stunner Jr Ski w/Binding - 2016
$239.99 - $279.99
For the kids just starting tricks in the terrain park or for an easy turning twin tip ski Fischer offers the Stunner package. This ski has an easy versatile shape for on or off piste skiing. Kids will expand their range with the Stunner. The ski is sold with Fischer Rail integrated bindings. 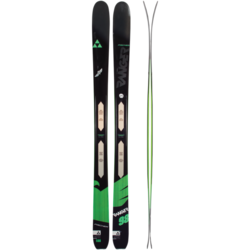 Fischer Ranger 98 Ti Ski - 2016
$599.99
The Ranger 98 Ti is the middle ground men's ski in the Ranger series. It has a 132 mm tip, 98 mm waist, and 18 m radius (at 180 cm). The ski is designed for big mountain purposes, and holds a wide variety of technology intended for powder and other varied conditions. However, its dimensions are also designed to hold up on groomers and more everyday terrain as well. For something similar but wider, check out the Ranger 108 Ti. And for something similar but skinnier, check out the Ranger 90 Ti. The Ranger series focuses on big mountain tools intended to charge a wide variety of terrain, mainly outside of the groomers. This is an all-new series for Fischer, and the company has combined several technologies to make it the best they can: A carbon tip decreases the ski's weight and is designed to improve maneuverability. Aeroshape, Air Tec Ti, and Air Carbon technologies combine a plethora lightweight materials to further decrease the ski's overall weight. Air Tec additionally integrates titanal in the ski, which is designed to increase stability, especially underfoot, for sending it off big cliffs and handling harsh landings. Lastly, Freeski Rocker, Fischer's most aggressive rocker profile, lifts the tips and tails up and over power and other varied terrain in an attempt to make your ride down the mountain as smooth as possible no matter what the snow is like. If you're looking to huck cliffs, send chutes, and bomb down variable snow conditions on a regular basis, or just want something burlier than a strictly-groomer ski, this is the best series Fischer has to offer you.
Page 1 of 1